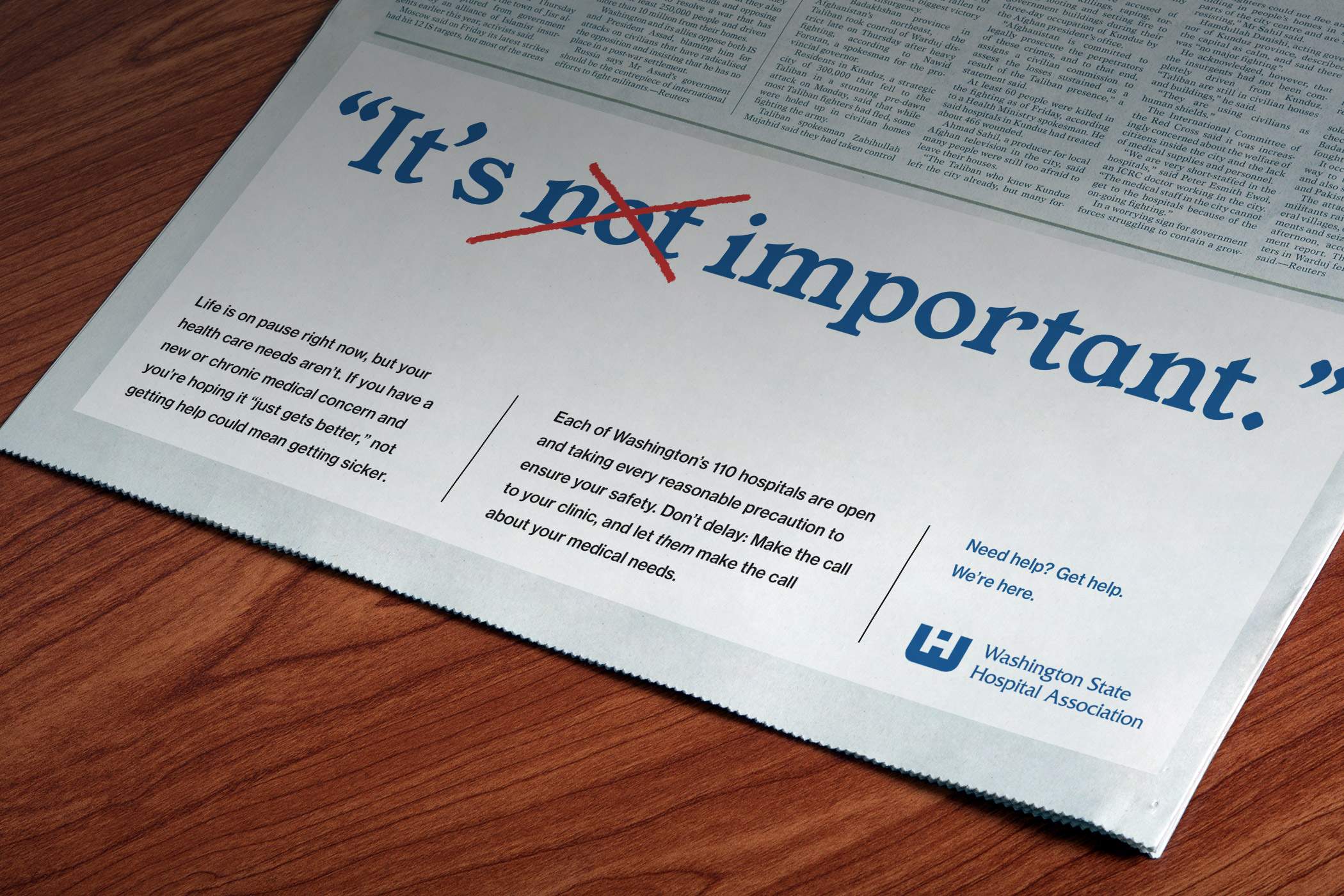 Amid the 2020 coronavirus pandemic, ER visits for non-coronavirus concerns were significantly down in Washington
State. The Washington State Hospital Association (WSHA) asked Belief Agency to create an urgent, statewide campaign to let
Washingtonians know that health care was safe and available.

Just two weeks after the initial call, we rolled out a full campaign—radio, TV, print, and digital—to the masses. With more than 65 million final impressions, our message was viewed between eight and nine times by each Washingtonian, and 56 percent of digital video ad viewers watched all the way through. We’d call that a success. 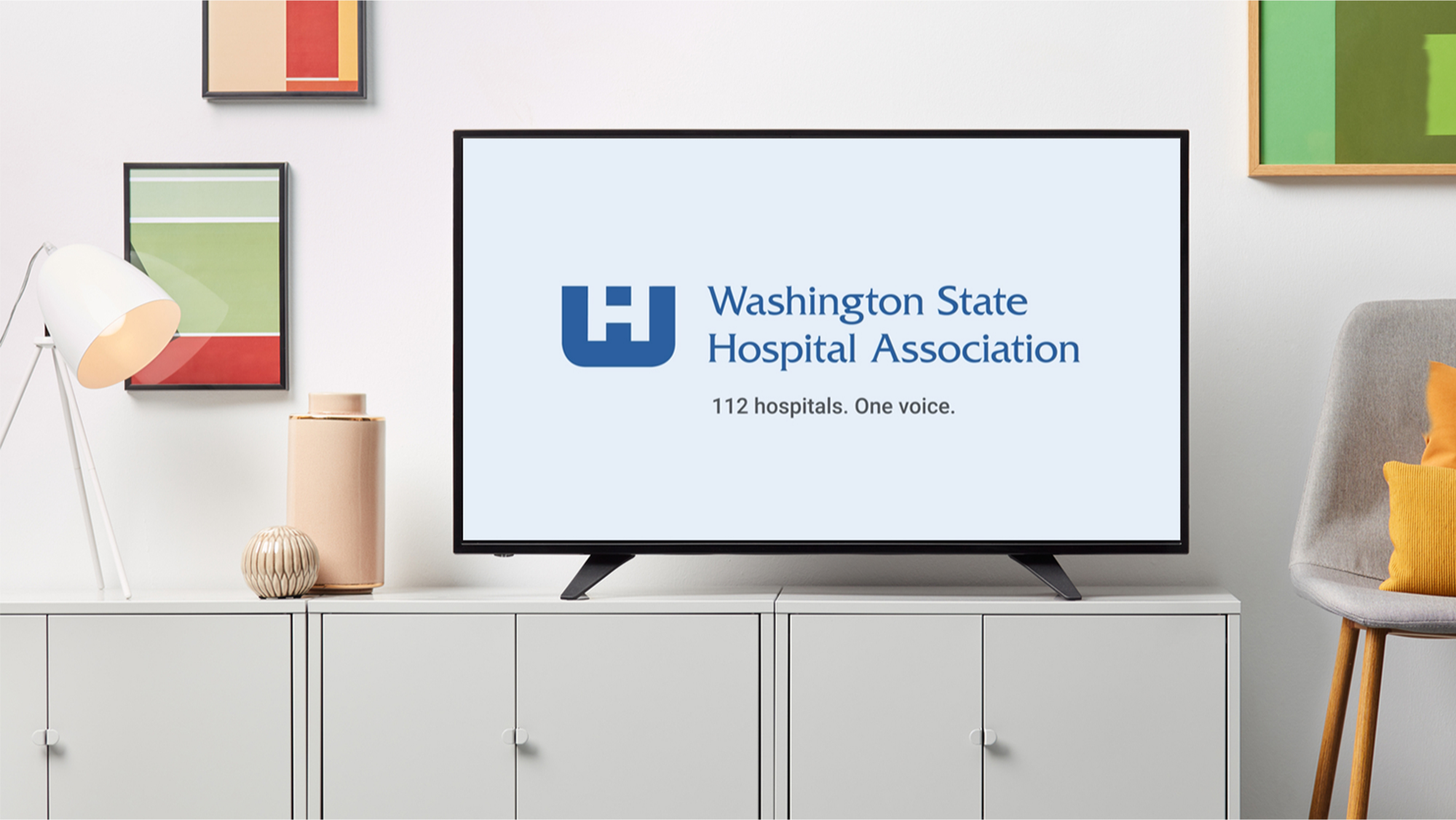 The Washington State Hospital Association (WSHA), which represents 112 hospitals in Washington State, realized the misconceptions around the availability and safety of receiving care needed to be addressed on a statewide level. WSHA needed a way to communicate to the general public not only that hospitals and clinics were safe and available, but also that—especially for serious conditions—patients were more at risk not seeking care. They came to us with a large ask: an urgent, statewide, bilingual campaign to spread their message to as many Washingtonians as possible.

And we did it. Within two weeks of our initial call with WSHA, a full-scale marketing campaign was unveiled to the public.
By directly addressing real people’s concerns, digital video ads connected strongly with viewers—56 percent of viewers watched the entire video.

With Washingtonians’ lives on the line, we knew we had to act fast. Immediately after our initial call with WSHA on a Monday, we reached out to people within our network to see if anyone had friends or family members who were delaying their care. We were shocked by how many responses we got, as well as how quickly we received them. The number of cases we found amplified how important this message was, and we got right to work.

Working from our company ethos—telling the truth—we began gathering statements from those delaying care, and we found three major sentiments. People either thought hospitals didn’t have room for them and their health care wasn’t as important as coronavirus patients’, or that it wasn’t safe to go to a clinic or hospital because they could be exposed to the disease.

Inspired by the look of handwritten prescriptions, we crafted our visuals from real handwriting to imitate an authentic trip to a hospital or clinic.

Using commonalities from the quotes we gathered, we came up with our pitch: statements from patients corrected in red pen. Inspired by the look of handwritten prescriptions, we crafted our visuals from real handwriting to imitate an authentic trip to a hospital or clinic.

Within 24 hours of the first call, we pitched our concept and initial visuals to WSHA. By the end of the week, we had a complete visual outline. By the following Monday—only a week after the intake call—we were rolling into final creative assets and execution strategy. 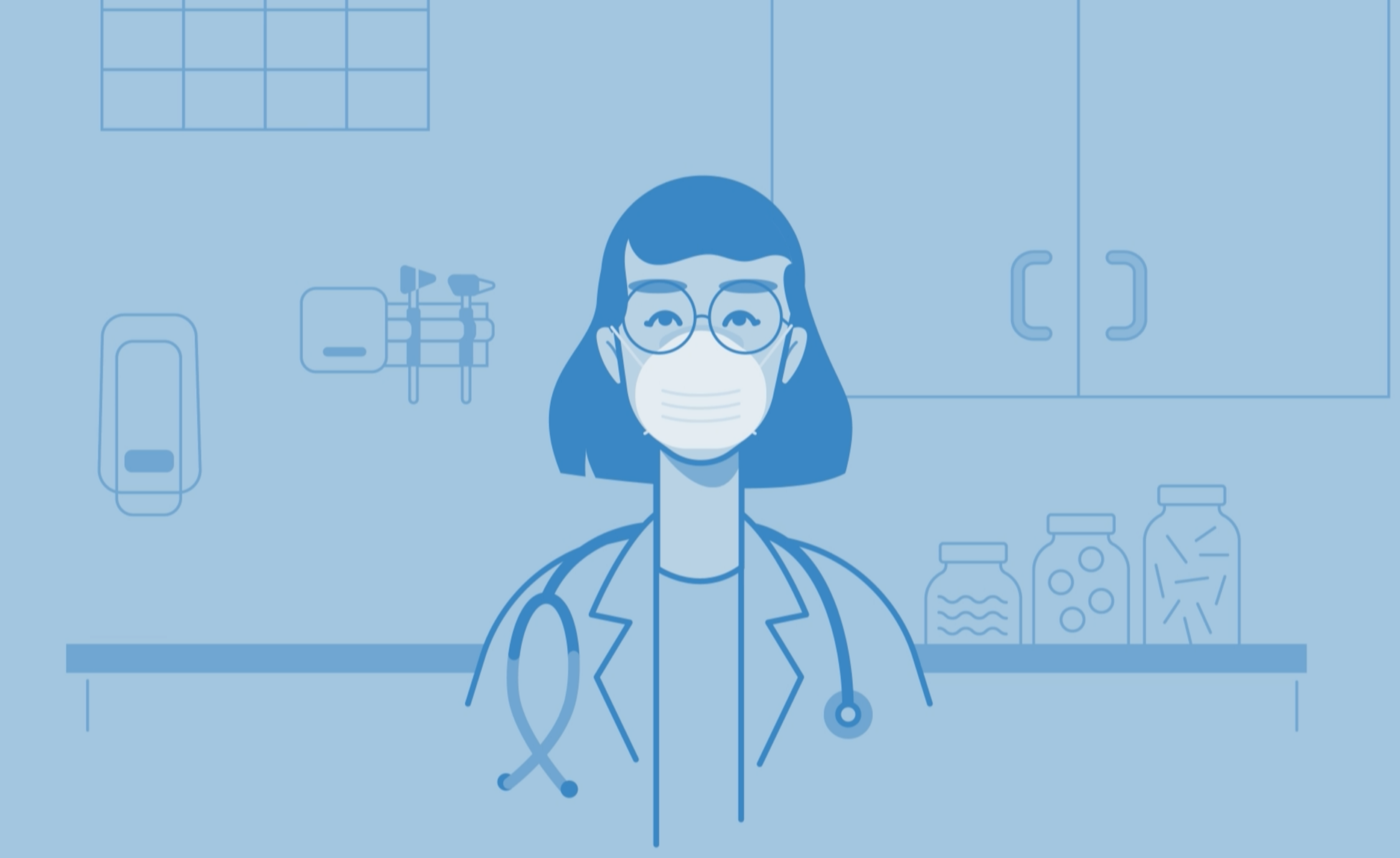 The tight timeline and COVID-19 restrictions made filming with people impossible so soothing illustrations were a safe and efficient approach.

Our ultimate goal for the campaign was to make Washingtonians aware that health care was safe and available. Our secondary goal was to drive people to a landing page that explained what kind of care they could receive, what hospitals and clinics were doing to ensure patient safety, and how to find a location (whether in-person or online) to get care.

At the time of the campaign, the media was dominated by news of the coronavirus, and people were glued to their screens waiting for updates. Thus, we identified three main areas to target: high-intent Washingtonians who were scouring the internet trying to self-diagnose instead of seeking care, major news outlets Washingtonians were already tuned into, and a general social media audience.

All in all, we ran several both Spanish and English versions of nine different corrective statements, individually repackaged for each outlet. We targeted websites like WebMD and Mayo Clinic with display ads to push people searching for their symptoms toward professional medical care. All across Washington State—through outlets like KOMO News, The Yakima Herald, and KIRO FM—we ran a television commercial, print ads, digital ads, and multiple radio spots. Finally, we ran a plethora of social media ads to make sure each and every Washingtonian knew that care is safe and available. 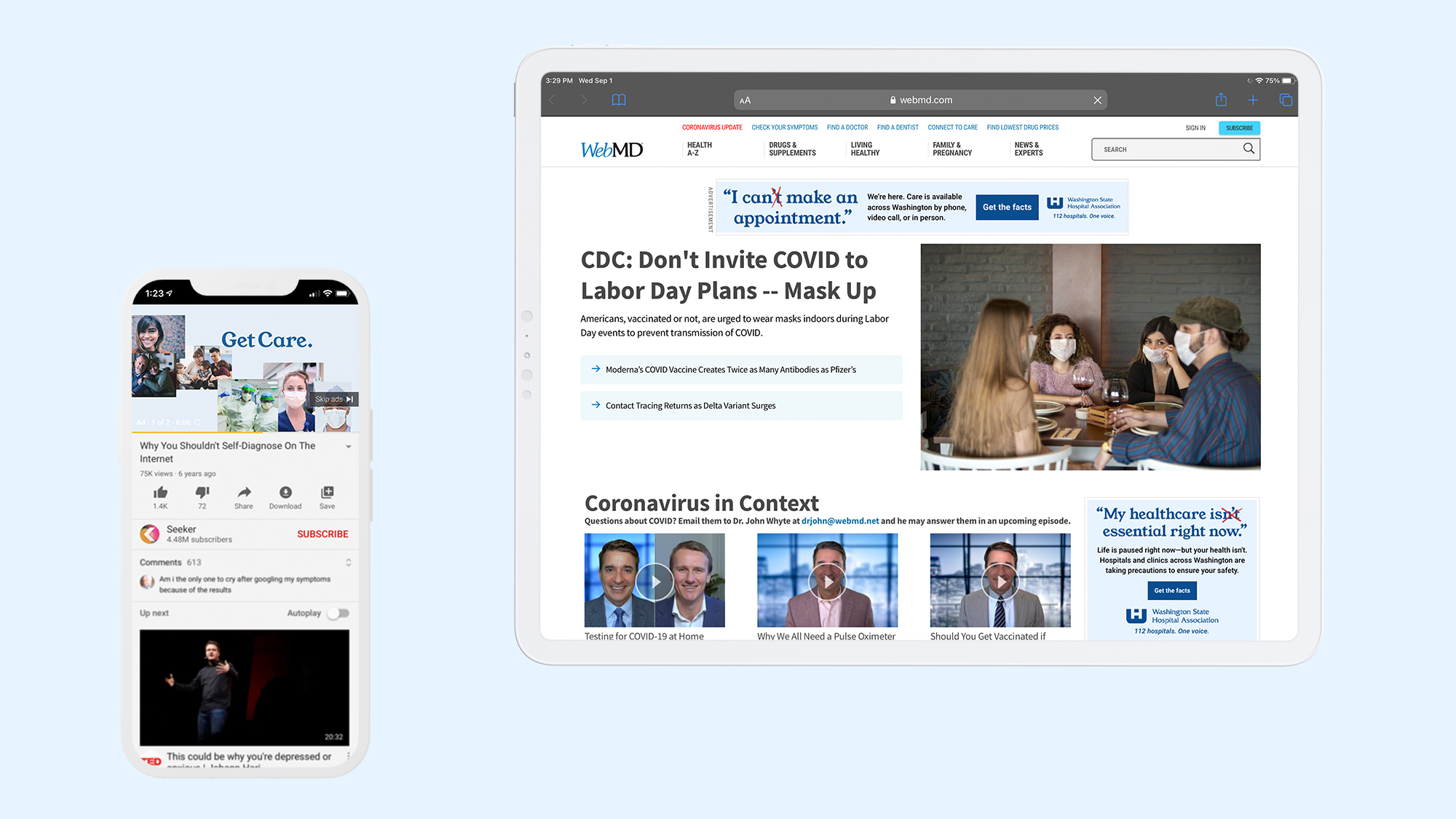 The value of teamwork

When WSHA came to us with this project, we knew we wanted to take it on—lives were at stake, and this was an opportunity to make a real difference. But we also knew we wouldn’t be able to pull off the scope or timeline of this project without incredible teamwork from both our internal team and WSHA.

We met twice daily (at least)—once as an internal team, and once with WSHA. Part of what made this project so successful was WSHA’s willingness and flexibility to meet with us, accomplish tasks, and align on messaging, but an even bigger factor was WSHA’s ability to make the hard decisions necessary to get the campaign out on time. An organization of 112 hospitals, WSHA
leaders knew they wouldn’t be able to please everyone. They took everyone’s opinion into account, but when it came to decision time, they weren’t afraid to make the final call or tell the truth—and they trusted us to help guide them down that path. 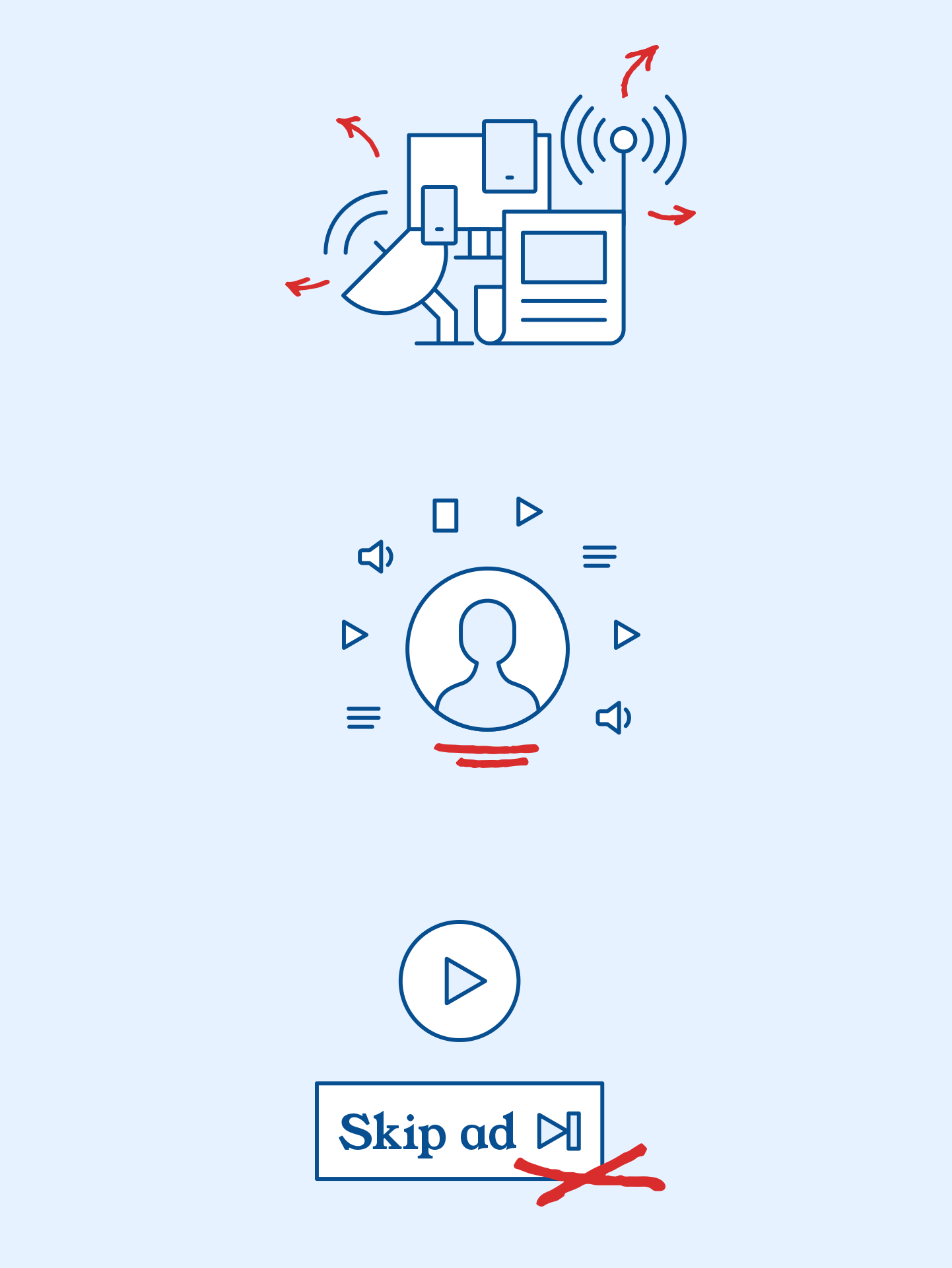 There are more than 7.6 million people who live in Washington State, and our goal was to make sure each and every one of them saw at least one iteration of this campaign. With over 65 million final impressions, that means each Washingtonian saw our message between eight and nine times, and 56 percent of viewers who saw our video ads watched all the way through. We’d call that a success.

On top of the data, we also heard stories from people who sought care as a result of the campaign, including KOMO News anchor Molly Shen. In a Facebook post, Molly detailed how she thought about canceling an annual checkup because of coronavirus concerns but ultimately decided she trusted her doctor’s office to provide safe care. At the appointment, her doctor noticed some unusual swelling, which turned out to be cancer. Because Molly went to her checkup, she was able to get the diagnosis and subsequent surgery she needed, and she soon began the road to recovery.

It’s stories like Molly’s that prove telling the truth works, even when it’s uncomfortable. When we started this campaign, the country was in the middle of a stay-at-home order, and it would have been easy to ignore the issue and just stay inside—but that’s not what the public needed. Washingtonians needed to know they could still seek care safely and that their individual health still mattered, despite the pandemic. So that’s what we told them, in the most simple and honest way possible.

And that’s how we saved lives—with one true statement at time.
“If I canceled my checkup because of coronavirus concerns, I wouldn’t have known that I had cancer”
Molly Shen | Komo 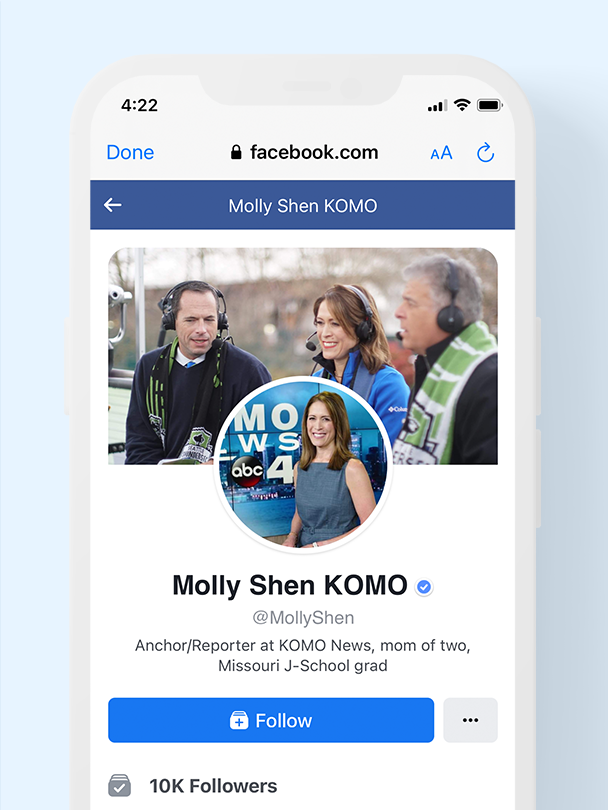 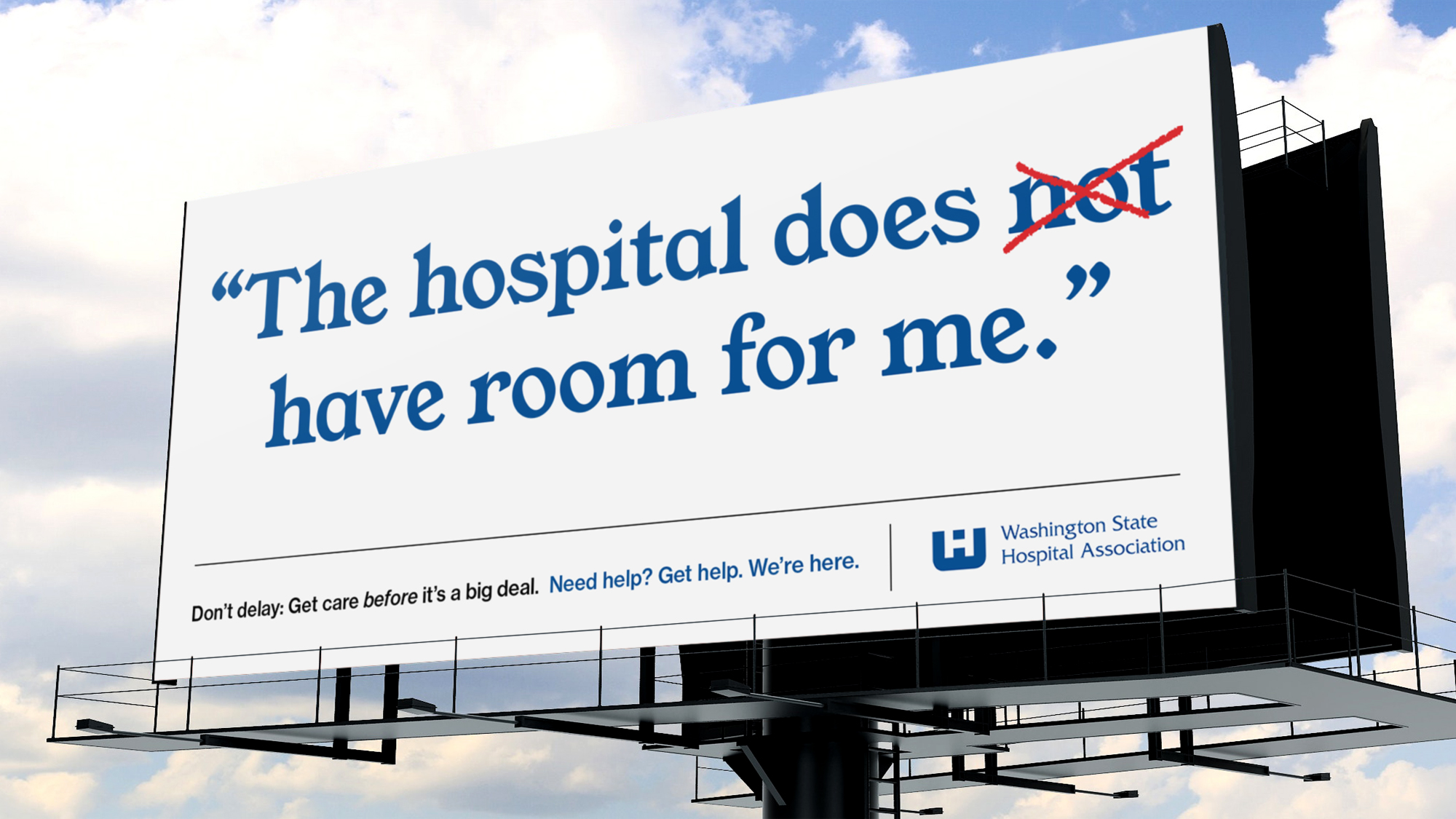 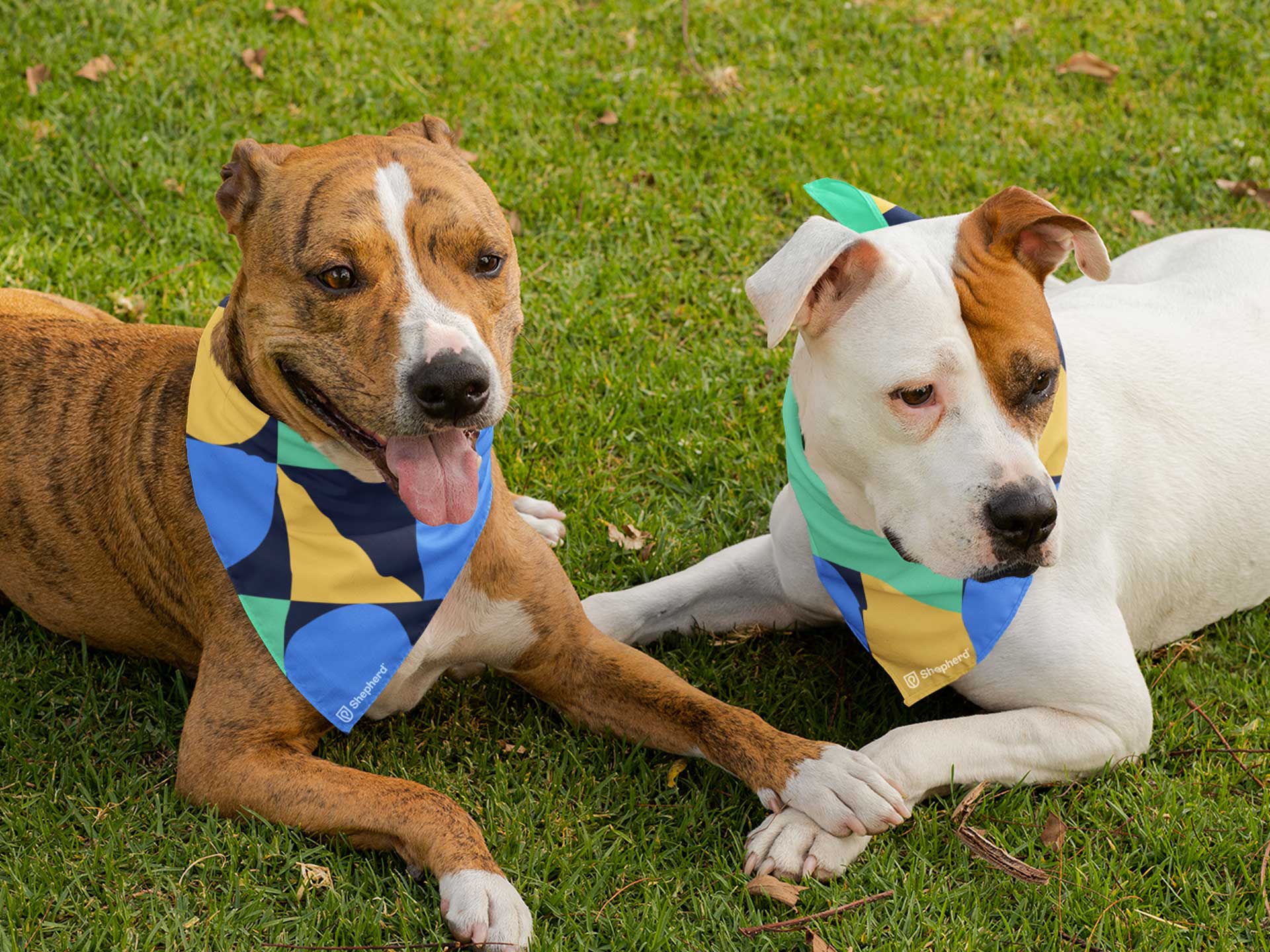 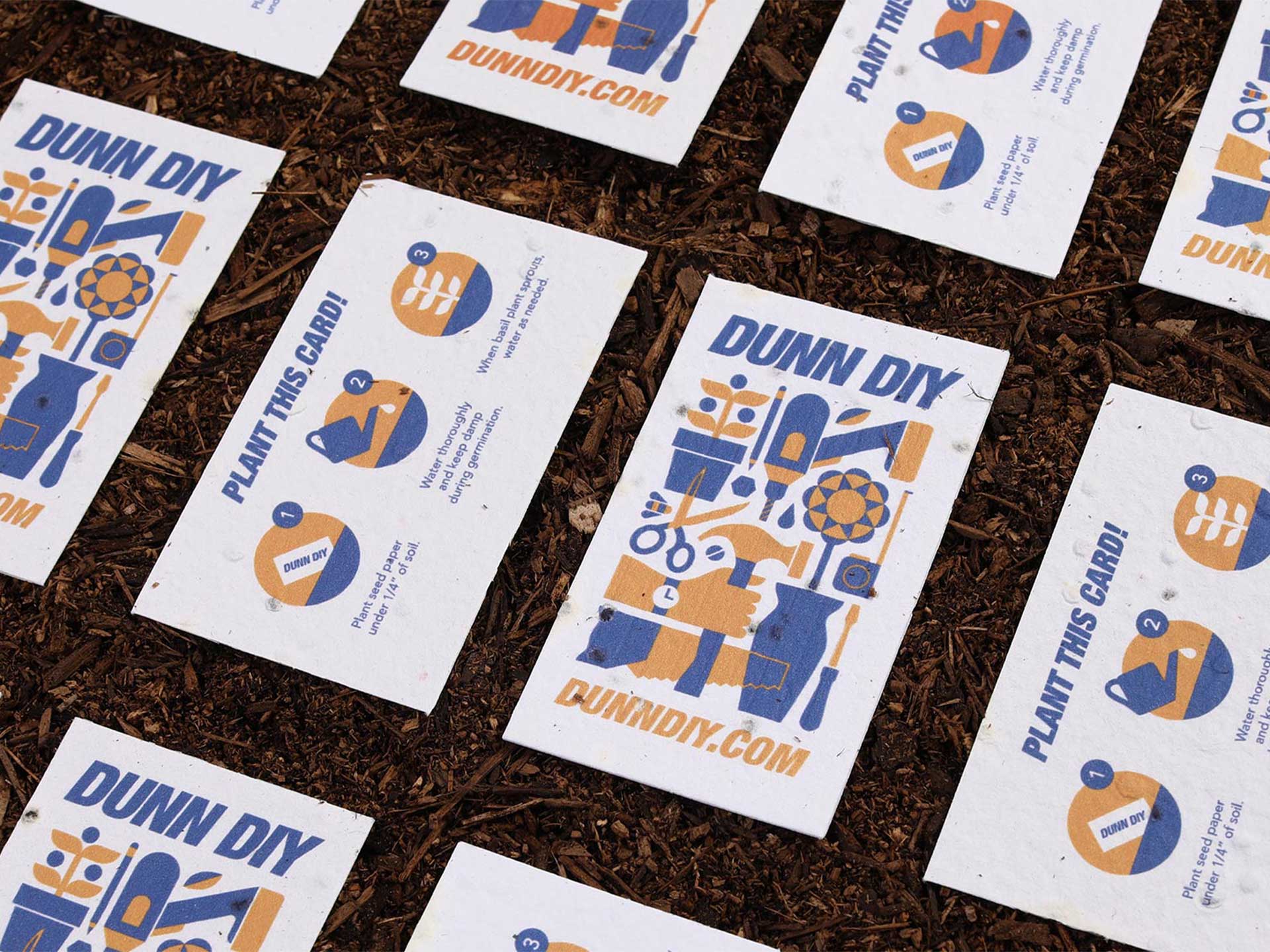 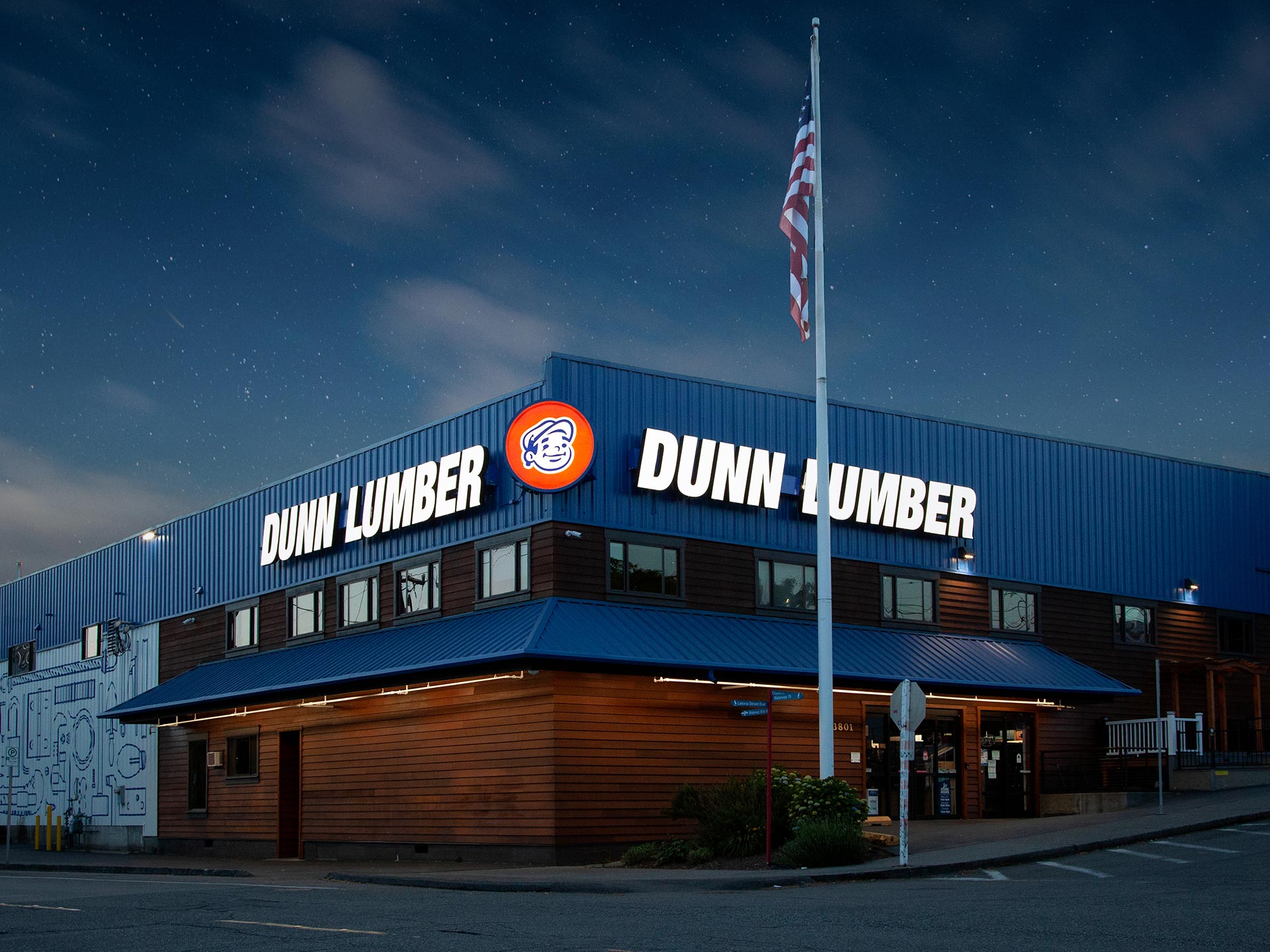